Chapter 1. What is Marshmallow

Marshmallow is a type of confectionery that is typically made from sugar, water, gelatin, and air and a whipping agent (usually a protein). It’s soft and bouncy candy. Marshmallows come from the sweet sap of the ‘Mallow’ Plant that grows in salty marshes near large bodies of water and grows 2 to 4 feet high. Who invented the marshmallow? No one knows exactly when the marshmallow was invented, it’s history goes back as early as 2000 BC. The Ancient Egyptians were the first one who discovered and enjoyed the sweet treat and take the marshmallow as a privilege strictly reserved for gods and royalty. Marshmallows went from being an expensive confection in Ancient Egypt to an everyday sweet treat and favorite ingredient for many recipes. it has a wide application with Fun: You can find more ways to sprinkle marshmallows on your favorite desserts, yogurt, ice cream, hot cocoa, and more!
An interesting fact about marshmallows is Each summer more than 50 percent of all marshmallows sold are eventually toasted over a fire. August 30 is National Toasted Marshmallow Day. Peeps, since 1953, producing marshmallow shaped into chicks, bunnies, and other animals. Kraft Jet-Puffed Marshmallows, since 1958, It has more than 30 different flavors to its brand name. Dandies, since 2008, Free from most common allergens. Smash Mallow, since 2016, an organic marshmallow. Sugar
The white stuff we know as sugar is sucrose, Like all compounds made from these three elements, sugar is a carbohydrate. It’s found naturally in most plants, but especially in sugarcane and sugar beets.

Gelatin
Gelatin is the aerator most often used in the production of marshmallows. It is a natural protein derived from raw collagen, which is a safe product. It contains eighteen amino acids, some of which are essential parts of a healthy diet. when the gelatin combined with water it forms a thermally-reversible gel. This means that gelatin can melt, then reset due to its sensitivity to temperature. The melting point of gelatin gel is around 35 °C, which is just below the normal body temperature 36 °C, This is why people say marshmallows “melt-in-your-mouth”.

Glucose Syrup
Glucose syrup also known as confectioner’s glucose is a liquid sweetener that is well-tolerated and very versatile. It is a syrup containing dextrin, maltose, and dextrose. It creates long carbohydrate molecules that get all tangled up and prevents the other sugars from crystallizing and gives the marshmallow candy its translucent appearance.

Flavors
To give the marshmallow candy different mouth feeling of flavors. You can also make different types of marshmallow flavors including Lemon, mango, watermelon, orange, apple, strawberry, cocoa among others.

Food Colors
Food color also called color additive, it is the key to making a variety of color marshmallows.

Citric Acid
Citric acid is an important ingredient in marshmallows to help wake up the flavor. It comes from citrus fruits and juices. It’s also a preservative that ensures long shelf life for marshmallow candy.

Today’s marshmallows come in many forms, no matter from solid to semi-liquid or cream-like ones, but In essence, all marshmallows are aerated candies. Let’s see what you can see in the Market marshmallow forms which can be made by commercial marshmallow machines: Step 2: Marshmallow inflating
A continuous aerator adds the right amount of air into the mixture. the core part of the whole marshmallow production line.

Step 4: First stage starch sprinkling
Sprinkling starch powder on the belt before the former. To avoid conglutination with the transporting belt and absorb the moisture of the bottom marshmallow mixture.

Step 5: Marshmallow forming
The Marshmallows are extruded through a marshmallow extruder machine or marshmallow depositor machine. The forming process involves the foam being squeezed through extruder nozzles or depositing nozzles to produce marshmallow’s shapes.

Step 6: Marshmallow cooling
After the marshmallow been formed, they are sent through a cooling belt.

Step 7: First stage starch sprinkling
Sprinkling starch powder on the belt before the cutter. To avoid conglutination with the cutting knife and absorb the moisture of the marshmallow mixture.

Step 8: Cutting to the length you required (For extruding marshmallow only)
Set up the length numbers, the cutter will move as per your order.

Step 9: De-starching
After cutting the marshmallow to the desired length, the excess starch will be removed in the De-starching mesh conveyor and the de-starch drum.

Step 10. Marshmallow packaging
When the marshmallows are cooled enough will be packed in bags.

This line produces marshmallows in a wide variety of marshmallow shapes, colors, and sizes in twisted or non-twisted, filled, or unfilled forms. Chapter 8. How marshmallows are made by Commercial marshmallow machines?

Video (1) how to make twisted marshmallows by extruding machine

What’re the main parts of the marshmallow making machine? The marshmallow kitchen including a Syrup Preparation system and mixture cooling system, all the cookers are a double jacket, the system with its own controller, hot water keeping, pumps, and cooling, which combined to one unit. The marshmallow machine line has 2 corn starch applicators, which are continuously sprinkling the corn starch on the cooling conveyor.

Chapter 9. Marshmallow candy Should Be Dried Before Packaging

When the marshmallow candy came out from the marshmallow de-starch drum, it should be placed in the plastic trays. Then moving to the drying room for aging before packaging.

Is there any way of marshmallow packaging directly? the answer is yes, you can add the Automatic Marshmallow product cooling and dehydration unit (Check chapter 10), which will lengthen the production line and increase the investment amount.

What are the advantages of the Marshmallow cooling and dehydration unit?

What are the disadvantages of the Marshmallow cooling and dehydration unit?

Chapter 11. How Many Workers Needed for Marshmallow Machines

Let’s take the middle capacity line as an example, it needs 4-5workers for the standard type production line, but for the leadership version, need 2-3workers you can get packed marshmallows.

Marshmallows’ shelf life varies from one brand to another. Usually, marshmallow candy water content around 10%, marshmallows last for 6-12 months beyond their “best before date”, getting slightly stickier as they age. The shelf life of marshmallows depends on the best before the date and how they are stored.

Chapter 13. How to Package the marshmallow Candies

Common types of packaging for marshmallows

Chapter 14. Other Related Suppliers Should Be Consider For the marshmallow machines Preliminary Investors

We suggest you should choose a professional team that can provide the turn-key project solution for marshmallow production lines building up, who has a one-stop operational resource that covers all or parts of the manufacturing bases for marshmallow equipment, marshmallow packaging machines.

And the marshmallow-making machine and its manufacturers & suppliers from China will be a good choice for starting-up or updating your marshmallow business.

Chapter 15. What is the Cost to Import the marshmallow Machines from China

Based on your budget and your local workers’ average wage to determine which line suits you. The marshmallow production line can be designed from a semi-auto line to a fully automatic line. Marshmallow machine ordering process from our Poland customer. This is a long negotiation process but an impressive one. Yes, this order lasts for 2years, I can totally understand, this is their enterprise transformation, they are new in the confectionery business, they must analyze everything well, make a deep research and minimize the risk. The complete marshmallow shall be delivery time with 120days. but Covid-19 coming with unexcepted, so the manufacturing schedule has been postponed, the payment also been delayed by customer financing. Finally, everything goes well in August.

We’ve made on-line acceptance inspection, making real marshmallows for their team checking and confirmation. Customers are very satisfied with our work. The honor is ours to handover the right equipment. (This is testing video before shipping, not in the food production condition) 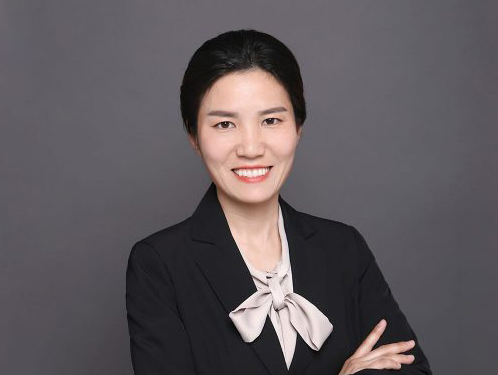